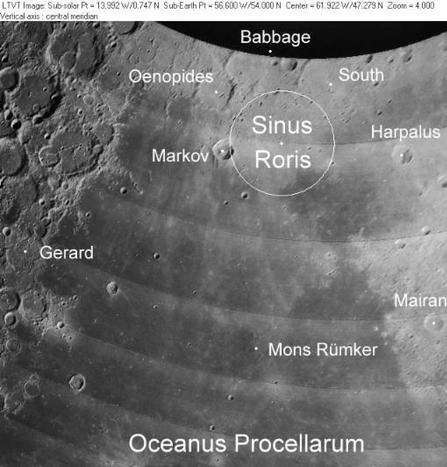 My goodness; well look at this picture of the same area on the moon below. This area cannot be seen very well from the earth as it is on the very edge, but this was taken by a satellite called LRO. Take a look yourself. See this 'Wall' structure? He never bothers to do any further searches. Most people who do this Wonky Science are fundamentally lazy. So what is going on? This feature is just missing data from satellite images. Nothing more. But the pic below is a better-stitched image with no missing data. The parallel curved lines are just the 'stitching' marks not alien Olympic stadium tracks. There are no 200km long alien buildings on the moon!

'The real universe around us doesn't care what you believe in, it's correct anyway.'

YouTube is a fantastic place to uncover all kinds of bizzar beliefs. Ideas from "The Earth is flat", "Our planet is (now was) going to get hit by another called Nibiru in 2012", the "Earth has tipped over" as well as the Moon Landing Hoax. I never fail to be surprised as to what Wonky Science people believe in. If they just ask themselves a few very simple questions, they would realise their mistake and delete the clip they have published. Don't forget these are all adults and really believe this stuff. If you are a pupil at school today and laugh at these examples, then you will do well in science, or at least do better than these people; so give yourself a pat on the back.

This charactor gets everything wrong. He constantly guesses and insists the guesses are facts. He is in the same catagory as the Flat Earthers. The Mahatten Project was not kept secret, spies in it allowed Russia to build their own bomb, American astronauts had been in space before Kenndy's famous speach on Apollo, front projection cannot be used on moving images... as examples.