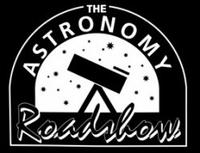 The nearest planet to the sun. It orbits in 88 days, and its day is 54 earth days long so it spins very slowly. It looks very much like the moon and a little larger covered in craters and mountains. Only two space craft have been there, the first was Mariner 10 in 1974, the other is still there now called Messenger. Humans in theory can land here at the poles as the temperature there is cool enough. But the mission would be a boring one, machines are probably the only realistic option.

These stitched images were made by a spacecraft called Messenger.