Stars are named by the International Astronomical Union (IAU) only. Comets are named after the first three discoverers within 24hrs, asteroids can be named after a proposed person that could be a teacher, a scientist, in fact anyone that has made a significant contribution to society not just science, but again via the IAU. Craters on Venus are generally named after famous women. There are rules regarding the naming of all astronomical bodies.

Star naming by a private company is not recognised officially and will never appear on any star chart apart from the private company that made money out of the customer for very little effort. The names are forwarded on to Astronomical Organisations as claimed but what do they do with them? Shred them! Please save your money and buy a pair of binoculars instead.

To prove my point beyond doubt, try to find any star catalogue in the world with all these thousands of names attached to them. You never will, just the company that has taken the hard earned cash.

Another company advertises "Don't bother buying a star, buy a whole Galaxy instead for just an extra $10." All such offers is just for fun only but is never official. Perhaps I will form a company with the slogan "Don't bother buying a Galaxy when you can have the whole Universe!" The trouble is I can only ever have one customer. £1 million will do thanks; then I will buy an island and vanish quick.

Prime Minister John Major once bought a star in the sad memory of the Dunblane shooting victims. I wrote to No.10 Downing Street about his error.

Don't ever bother buying land on the Moon or Mars either. These are protected by International Space Law (ISL) and have been since 1958. One 'owner' of an acre of land on Mars took NASA to court because they landed a spacecraft on his property without permission. He lost the case. He had to sell his home to cover the expenses and his wife divorced him.

December 2015: Lloyds Bank has shown a TV commercial advertising a star naming service. So not only have banks in general have ripped off customers in the past, this one is promoting a rip-off service too. I have received a letter from Lloyds admitting that the 'Buy a Star' service is not recognised by Astronomers (although the letter mentioned Astrologers... grrrrr) and 'admitted it can be classed as a scam.' They don't make it at all clear on the advert with small print at the bottom; so by association, they are yet again embarrassing themselves by advertising a swindle service. 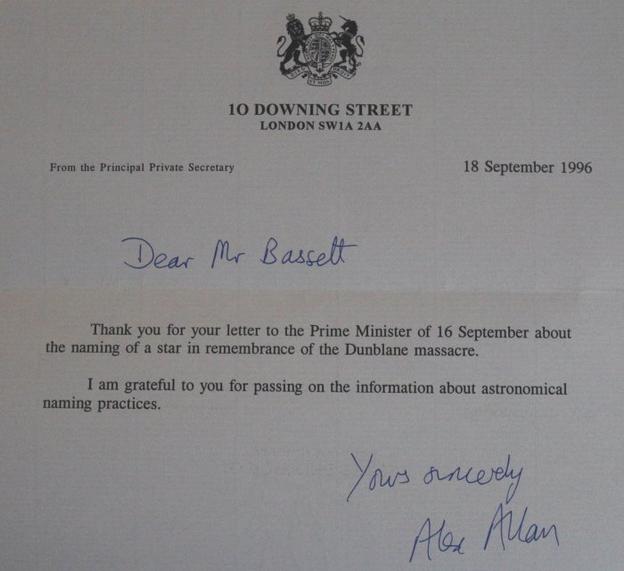