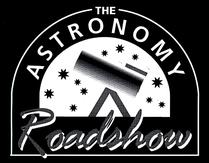 The Solar System is approximately 4.6 Billion years old from data gathered in Astronomy, Geology, Physics, Chemistry, Biology & Geography. All the evidence from dozens of independent sources point to the same consistent figure. Charles Darwin, was one of the first to question the age of just a few thousand years. Later research confirmed the age of the whole Universe and still fit in nicely. Some people question this conclusion which keeps the scientists on their toes, but have never proved it wrong. Science is not about faith, it's about observing what is around us created by design or by chance and try to understand its extreme complexity.

The Sun formed in a Nebula (gas cloud) 4.6 billion years ago, the planets formed around it starting from icy covered particles sticking together to form larger bodies. These joined and began to produce a reasonable strength of gravity, more material joined until these objects became stars, planets, moons, comets & asteroids. Heavy metals such as Gold & Uranium came from nearby exploding stars. One sun centred system drifted out of the nebula and became independent.. This is now the solar system... Our home.

Nuclear Fusion occurs at the core. The energy produced works its way out via finding a path of least resistance. It travels at the speed of light but 'bumps' into trillions of atoms a second slowing down its progress. Also with each collision a little energy is lost. At the beginning, the energy is a Gamma Ray, the wavelength slowly increases with each collision and finally become visible light after a million years or so when it reaches the surface. Then each ray shoots out with no resistance into deep space