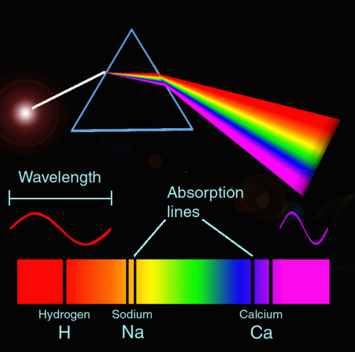 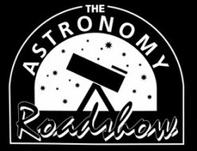 When we see a rainbow, the light has passed through raindrops and the wavelengths of light are separated over a distance. So each colour is shown independently in order of wavelength. Red being the longest, violet the shortest.

If light from the sun passed through a prism, the same happens but in a more controlled way. If a couple of lenses are introduced (not shown below) then extra information is revealed as the resulting rainbow (Spectrum) is now focused rather than a blur.

As light makes its way out from the Sun's core, it encounters atoms such as Hydrogen, Helium, Magnesium, Carbon etc. Each element will absorb one or more particular frequency of light. These become gaps in the wavelength sequence. Tests can be made in a laboratory by burning each element in turn and producing another spectrum to tell which line represents which element. We can now determine what the Sun is made of without leaving the ground.

The same information can be gained for every star in the universe using telescopes and an instrument called a Spectrometer. As it spreads out light from each star, the spectrum can be very faint, so large telescopes will be needed for recording spectra of the very faint objects in the sky. But even amateurs can obtain spectra from all the brighter stars and planets using digital recorders - CCD cameras. 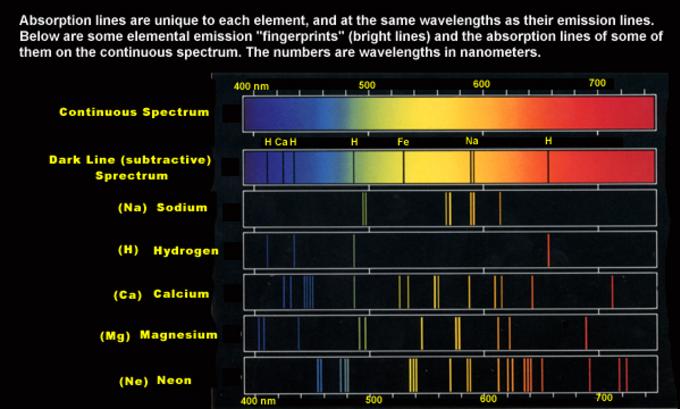