It is possible to travel into the future, but perhaps not the past. There are two methods available. These were both defined by Albert Einstein in the early 20th Century. The first is that Gravity actually slows down time, so if you orbit  close to a very strong source of gravity such as a Neutron star or even a black hole if you dare, then time will slow for you and everything in the ship while the rest of the universe carries on as normal. Return to Earth and you will have moved perhaps thousands of years into the future. The other method is simply to travel close to the speed of light. Time slows as you approach that magical velocity of 300,000km/s. These effects are real, so the following clip could become a reality one day...

(The film 'Interstellar' was partly based around the principal of time travel due to gravity near a Neutron Star - a weaker version of a black hole. 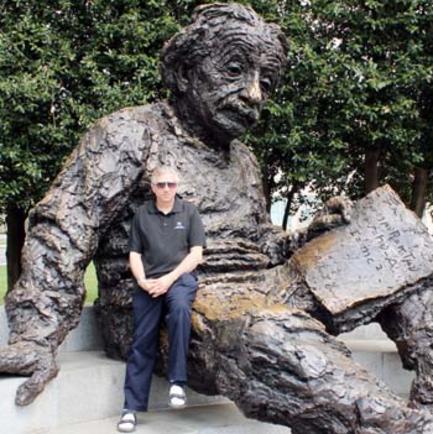 A fitting statue of Albert Einstein in Washington DC.

(The statue is the one in the background).