Are we Alone? With all the 200 billion stars in our galaxy, a large proportion now known to have planets, surely there must be other civilisations out there somewhere asking the same question... "Are we Alone?"  Peter includes Crop Circles, a fair consideration of UFO's and other fringe subjects on this popular matter. Props include an alien, a model flying saucer, and radio telescope demo. The more serious science to this can even be done at home.

Apollo 8 Mission; This was the very first manned mission to the moon. The crew was the first to fly the mighty Saturn V rocket, the first to leave the Earth's gravity & magnetic field, the first to see the back of the moon, the fastest humans alive, smashed the altitude record.... the list of achievements go on. With power-point, models, and props Peter explains how amazing this record breaking mission was.

Peter offers several Multi-media lectures to Libraries, Town Halls, Societies, School Halls etc on various popular subject matters. These are aimed at adults & pupils. This service is offered at very low cost plus tea and biscuits, but can only perform a small number of such talks a year due to other work loads. The price will be determined by the estimated audience size and distance from Sittingbourne. Largest audience catered for so far is 1200. Just email us if you are interested.

Moon Landing Hoax; Millions of people around the world have seen a documentary by Fox TV regarding the conspiracy theory surrounding the moon landings. It describes an idea that all the Apollo missions were just one big hoax, it was all special effects and lies. Peter explains each point made one-by-one and demonstrates clearly where this idea is going wrong. He includes other false conspiracies plus one true one from WW2.

10 Obscure Space Related Places in the USA, Peter has chosen ten places in the USA that hardly anyone has ever heard of but has a link to either spaceflight or Astronomy. 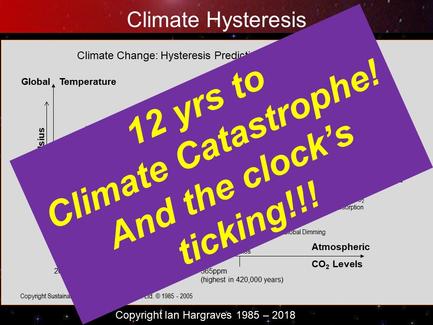 New Mexico; The new Space Fairing State. In the past Florida, then California were well known for space activities; New Mexico is rapidly claiming this tittle. Sites such as Roswell, Radio telescopes, optical telescopes, space museums, and the Virgin Galactic space tour service is shown.

Solar Power for Satellites and the Home; This is in two parts on the same evening. The first explains the discovery of Electrical current from light to the use of it in satellites. He also explains how to see such satellites yourself. The second part (after tea & biscuits), concentrates on Solar Power in the home. The whole lecture itself will be solar / battery powered. Different solar panels and devices such as bulbs are demonstrated, a solar oven, solar heated water are all included and the government backed Feed-in-Tariff explained. 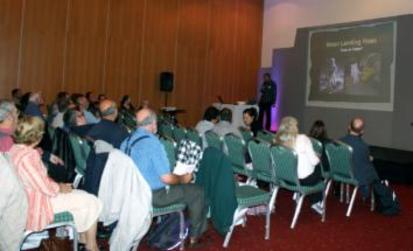 We also like to promote a Climate Change specialist speaker for Secondary Schools; Ian Hargraves. Just click on his name to email for details. 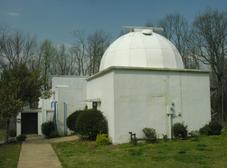 Satellite Spotting; Learn how to see satellites pass over your home town and tell which is which. Hundreds of satellites from lost tool kits to spy-sats can be viewed from your own garden. Peter has recorded many in real time for all to see. See various events such as satellites going into the earth's shadow, spy satellites, daylight sightings etc. A supporting book is available. Signed copies on the day. 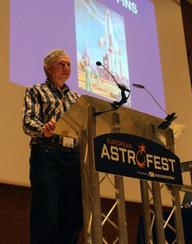 The History of Mount Palomar Observatory; This famous telescope was the largest telescope in the world for decades. Discover who built it, how it was funded, constructed, and its contribution to research in confirming the Big Bang. This talk takes a virtual tour of the site from above, outside, and in the dome itself.